How do we build sustainable cities of the future?

Our cities produce most of the world’s carbon emissions. What can we do to reduce their impact on the climate and how can International Standards help? 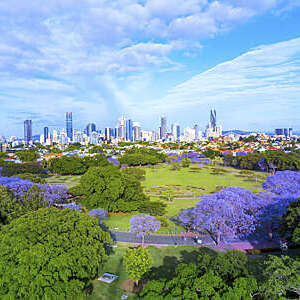 Much of the world lives in cities: 56 % of the globe’s population live in cities compared to 36 % fifty years ago. A United Nations report in 2018 predicted that these figures will reach 68 % – two in three people – by 2050. There are a number of drivers that have pushed people into urban centres, including the search for better education and higher-paid jobs, and the impact of our changing climate which makes rural areas less habitable.

As they have grown, our cities have generated more and more carbon emissions, and now contribute around 70 % of the world’s CO2 emissions from energy. As cities are responsible for such a large proportion of CO2 emissions, they are a good target for changes that could alleviate the impact of emissions on the world’s climate. And by developing and implementing International Standards for planning and building cities, we can make these changes effective and efficient.

A third of the emissions from cities come from transport. Buses, trains, trams, taxis, cars – they are all essential means by which city dwellers get to work or school, and enjoy the place in which they live. A lower-carbon city would be one that supports public transport over individual car use, makes cycling and walking easier, and moves towards electric or biofuel vehicles over petrol and diesel.

In Copenhagen, for example, the city introduced a concept called “green waves”: Where formerly traffic lights had prioritized cars, now they prioritize bicycles. The move reduced the number of stops for cyclists from an average of six per journey, to fewer than one. The change did increase bus times, but using data from bus journeys, the city has redesigned the system to share priority between bikes and public transport.

It’s not just traffic and transport that can be monitored and improved through data analysis. Smart cities – cities that collect, analyse and make decisions based on data – are set to be the future of urban living. Data from phones, from monitors in and on buildings, and in the water and power systems, can be used to work out what is being used where, and how it can be made more efficient.

In 2020, Singapore opened the Smart Urban Co-Innovation Lab, a collaboration of two hundred companies, including giants like Amazon and Microsoft, that will seek to innovate using data, artificial intelligence and machine learning. The goal is to improve six key industrial areas for the city state, including sustainability and urban agriculture.

While cities work to reduce their impacts on the environment, they must also build better resilience in the face of a changing climate. Dr Bernard Gindroz, Chair of ISO technical committee ISO/TC 268, Sustainable cities and communities, said that, at COP26, “cities are increasingly confronted by shocks, including extreme natural or human-made events. A resilient city is able to prepare for, recover from and adapt its systems and processes to ensure that they are as robust as possible in the face of shocks and stresses”.

This could mean repairing natural flooding defences like the Room for the River programme in the Netherlands, or developing urban agriculture to feed the population more sustainably. It might mean introducing policies to encourage solar panel installation across buildings, reducing reliance on fossil fuels, as has proved successful in Los Angeles, and adherence to low-impact development that prevents water runoff and encourages infiltration of water into the ground.

Cities have historically been big drivers of climate change, but now they can be key drivers in reducing human impact on the environment. And this can be achieved more easily and efficiently with the development and use of International Standards.

International Standards are an essential aid to anyone seeking to improve the way the built world interacts with the environment, from policy makers to planners and developers, to communities. They spread understanding of best practice and provide key indicators for measuring success.

Because local governments play a key role in the development of cities, standards aimed at city leaders can be of particular help in driving sustainable development. ISO 37101, for example, can be used by leaders working within the multiple communities that make up a city. It helps them to support sustainable development across aspects like health and well-being, transport and environmental management.

Internationally agreed standards are vital everywhere from individual buildings to huge city developments. Standards can help governments to interact with communities and improve engagement with the people who live in urban spaces. They support progress at every stage of a building project, from strategy and planning to construction, and indeed to maximize the life of a building.

ISO standards also keep people at the centre of development, ensuring that, as we build cities for resilience and sustainability, we also build them for health and prosperity. ISO/TC 268’s subcommittee SC 1 on smart community infrastructure, which maintains ISO 37101, is focused on creating local community infrastructure that keeps the environment healthy for the planet and the urban population.

As Dr Gindroz explains, “standards support a rational approach to urban development, with long-term visions that are clearly defined by strategies and roadmaps. By learning from best practice, we can de-risk decision making and instil trust in sustainable developments from communities”.

ISO’s committee for sustainable cities and communities is working to develop new urban standards that can help slow climate change. The standards will include frameworks and guidance for planners seeking to develop smart, resilient cities that provide for their population in a sustainable way.

With two-thirds of us set to live in urban settings by 2050, ISO guidance can provide leaders from the public, private and voluntary sectors with models to ensure our future cities are citizen-centric and collaborative, as well as connected through technology.

Standards that help cities become more sustainable are also a powerful illustration of ISO’s London Declaration, signed by ISO members across 165 countries: a pledge to ensure that ISO International Standards and technical publications help to accelerate the successful achievement of the Paris Agreement, the United Nations Sustainable Development Goals and the United Nations Call for Action on Adaptation and Resilience.